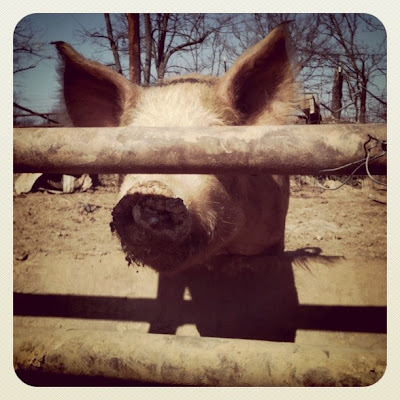 
On Friday, my kids were home from school for their first full day of Spring Break...and because of that (and the fact that the temperature rose to nearly 80 degrees) we spent most of the day outdoors.


Then, when Friday night rolled around - I just couldn't warm up to the idea of spending such a fabulously balmy winter evening inside, typing away on my computer like a drone. So, I did a repeat of my last childless Friday night...I drove downtown to take pictures. But this time, I did not come away with anything that I felt was worthy of sharing on Little Pretties (although I did meet up with a supremely fun group of guys - with whom I partied until the bloody sun came up).


Much as I wanted to go home and climb under the covers to recuperate from my impromptu all-nighter - this simply wasn't an option. I had made arrangements earlier in the week, to take my good girlfriend's son along with me on Saturday - for a shoot at a nearby pig farm.


Somehow, I managed to not be a total zombie while we both busily snapped hundreds of pics. during the 2 hours that we slopped through the muck - dodging chickens, geese, ducks and yes - pigs.


Oh, and since I took sooooo many pictures (and also to make up for posting nothing new here, since late last Thursday night) this might wind up to be a somewhat epic entry...at least as far as the photos are concerned (just wait until I get all the film I shot developed...lawd!)

Some of the following images may not be suitable for those who are slightly faint of heart (just so you know). 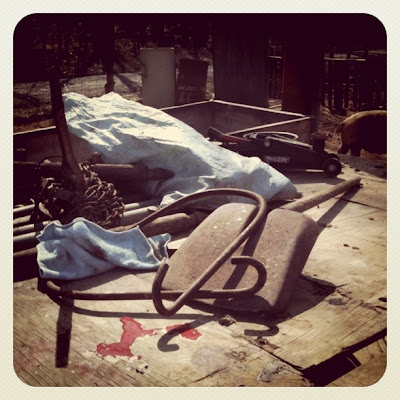 Fortunately, my young friend and I arrived on the farm just late enough to miss witnessing the morning's slaughter...phew. 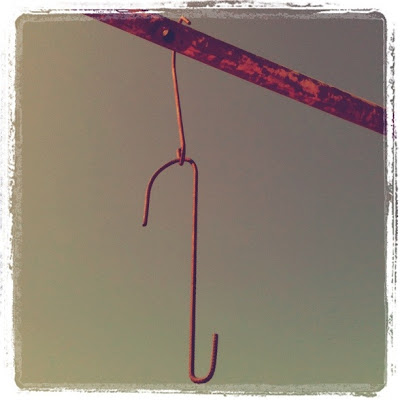 Some fairly grizzly visuals came to mind, as I contemplated the functions of deceivingly benign devices like this one... 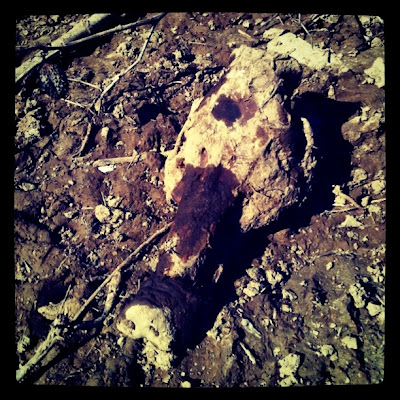 The discovery of this gruesome item, gave both my young friend and me - quite a start. 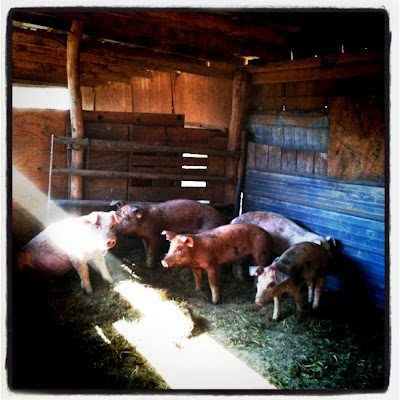 There were plenty of pleasant surprises, however... 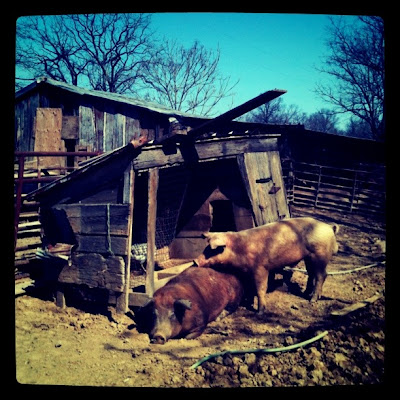 ...as well as tender moments being shared... 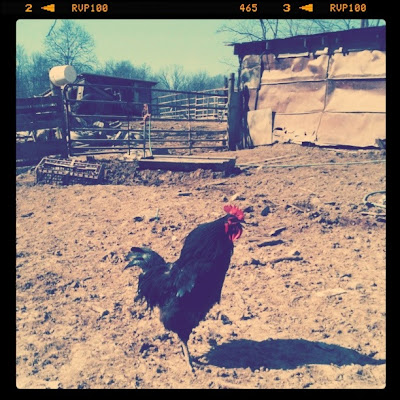 ...and lots of other things to behold - besides only pigs and butchering implements... 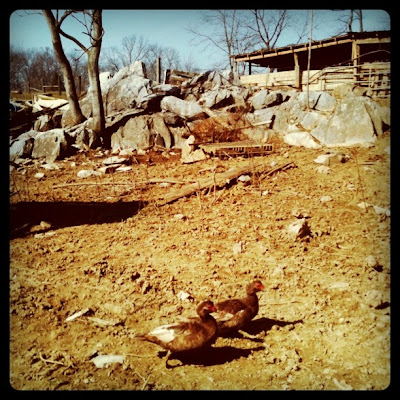 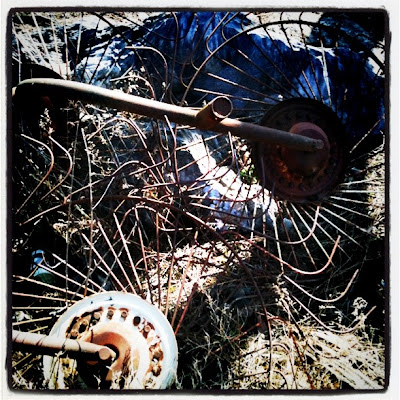 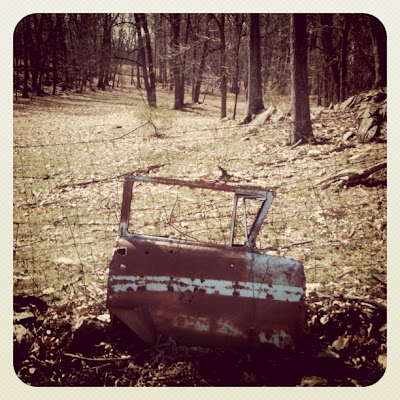 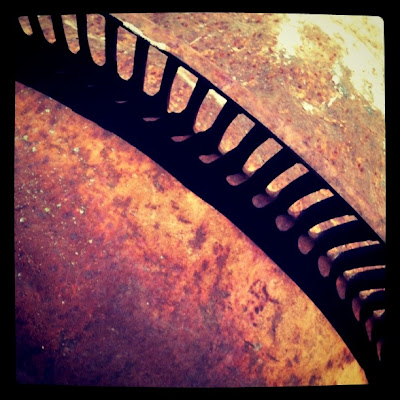 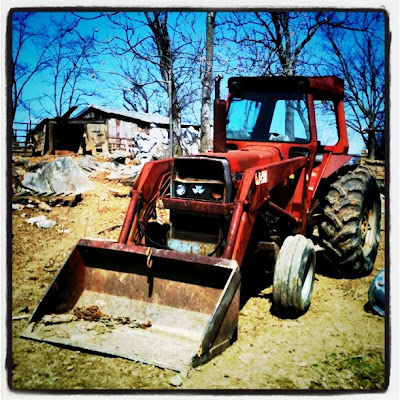 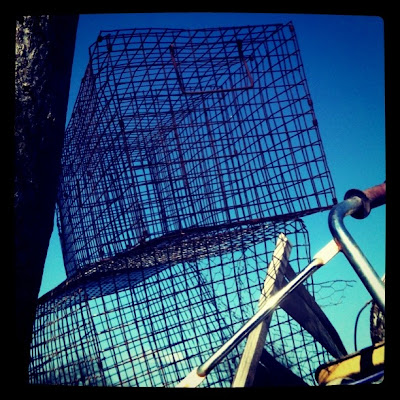 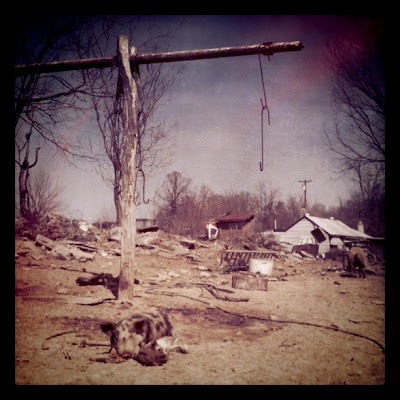 But the very last image that I captured, before bidding the photo-rich pig farm "Farewell", served as a sort of grim reminder that what typically goes down there - ain't what most people would probably consider "pretty"...

(Coincidentally, I posted a make-believe story on The Big Ugly, this week - to accompany some self-portraits I took, while mingling with a friend's jumbo sow. Not really sure why the whole "pig" thing has become such a common theme in my pics., lately...but I reckon I'll just roll with it...til I git it all the way out mah system.)
Posted by Big Ugly at 1:23 PM