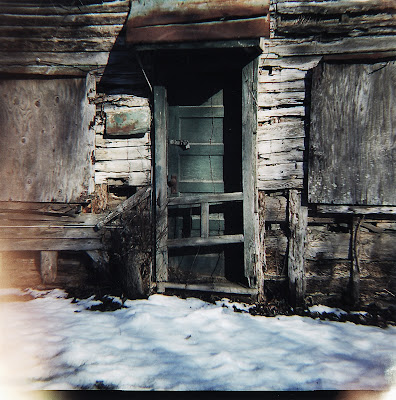 After adding a comely turquoise and black Diana F+ to my entourage of "cheap" cameras, I was anxious to see how her pictures would compare to those that I'd taken with my beloved Holga 120. I urgently pulled the stack of new pics. from their envelope - and upon first glance, was delighted and disappointed...all at once. The photo above, was on the top of the pile - and although I liked the texture of the image very much, I could not believe that I'd framed the shot so poorly. Just look at that, wouldya? A potentially decent picture - ruined.........what a dunce. 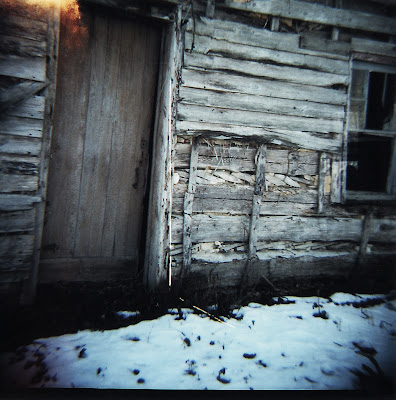 But as I continued to thumb through the pile, I was increasingly more and more bugged - cuz nearly every single photo was a little outta whack. Like, what the freak?! I can't even tell you how much it irritates me, when the main subject of my pictures is cropped...grrrrrrrrr...... 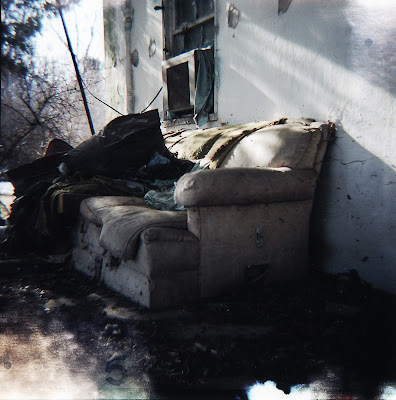 Anytime I took pics. with my Diana after that - I tried to exaggerate the angle of the derned camera, to be slightly higher than what actually looked right through viewfinder...and it kinda worked, sometimes...but then other things began plaguing my decidedly doomed Diana pics.. 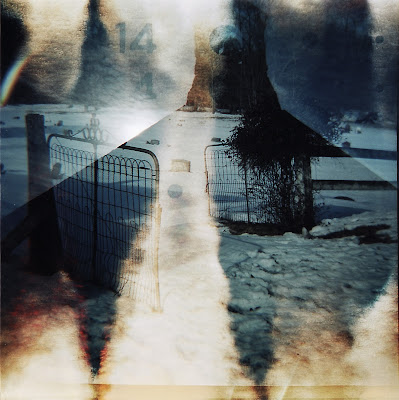 Take for example, the messed-up way that the film advances. My first two rolls came out of the camera - wound tight as Dick's hat-band around the spool. But each roll since, has been bloated and loose...and the light that leaked in - burned huge, unsightly chunks into the negatives. Now I do appreciate the interesting effects that this scenario can create - but in my case - the results were maddening than anything. 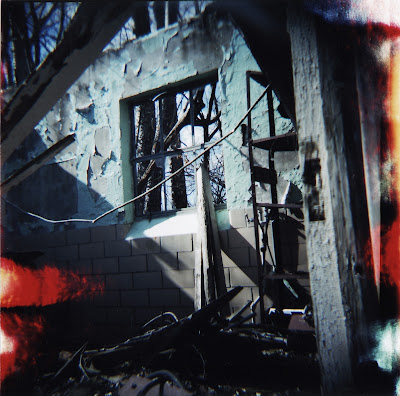 Although I am definitely sweet on the color pics. that I've taken with my Holga 120, I am head-over-heels for the black and white images that it produces. And because of that, I decided awhile back - to keep my Holga loaded with black and white film, and designate the Diana as my color film camera...seemed to make sense at the time. 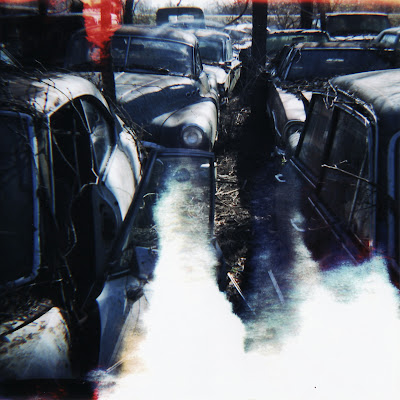 But in all honesty, I haven't snapped any color prints with my Diana, that even come close to rivaling those that I've taken my Holga. Therefore, I have resolved to buy another Holga 120 (as soon as I'm not totally broke) so that I have one for black and white film, and another for color. 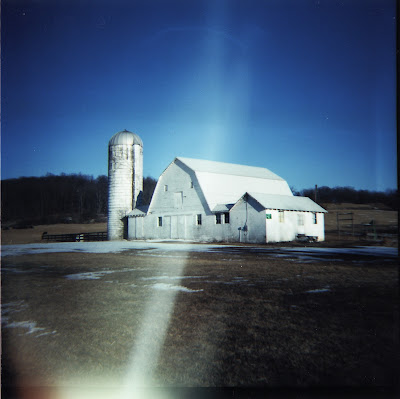 From time to time, I will find a Diana pic. in the bunch, that doesn't make me wanna tear out my hair... 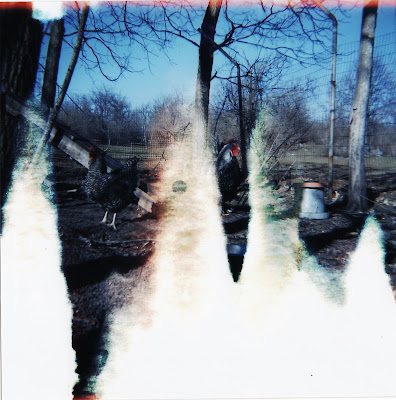 ...but I'm reluctant to waste any more money on film and processing, when most of my Diana pics. turn out more like this...humph.

I've given her a ton of chances, and she continues to betray me...so I must shelve Diana F+ indefinitely (the dirty, little bitch).