See? It IS Okay to Talk to Strangers

Sooooo...I finally bit the bullet a few weekends ago, and forced myself to do something that I've been too much of a wuss to try - since way back when I was 18 and invincible.......I asked for (and was given) permission to take candid portraits of perfect strangers. Now, I realize this may not seem like that big of a deal, but for whatever reason - I psyched myself out of going through with it (like 10 different times, recently) before actually conjuring the courage. 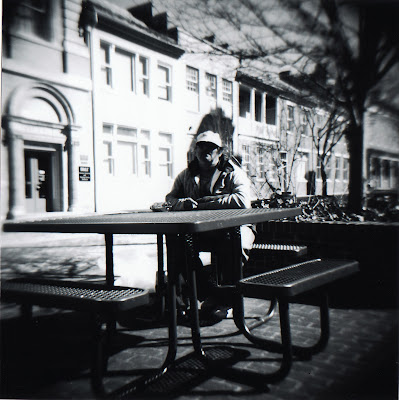 I know the photo above is nothing fantastic (you can't even see the guy's face, for goodness sake!) but I like it, and here's why: because taking this picture helped me face something scary, and in turn - to realize that there was literally nothing to have gotten so worked up about. I mean, really...what's the worst that coulda happened, you know? The man could've said, "No"...no big whoop, but he didn't. He graciously obliged my unusual request. I was honestly so surprised that he said, "Yes" - that I got flustered...like I was turning to leave, when his affirmative response, finally registered.


I snapped one Holga pic. of the man in his hat and Hunter S. Thompson-esque aviator glasses (such a shame you can't see 'em for the shadow on his face) and sat with him afterwards, to chat for a minute. I couldn't believe how much the guy opened up to me, which never would've happened had I chickened-out, again. I left feeling more positive about people (than I generally do) and was elated to have entered new photographic territory. 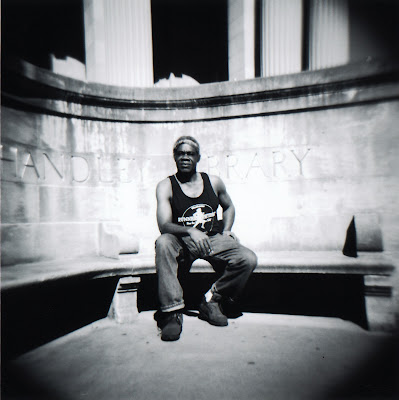 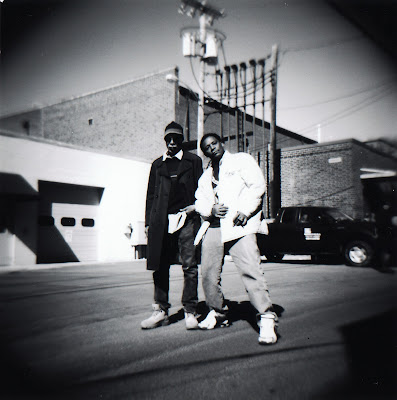 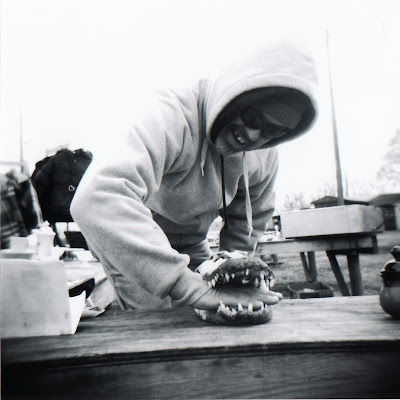 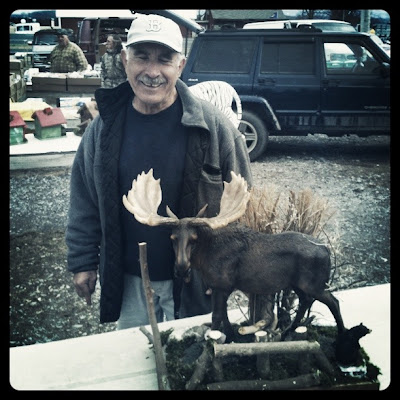 I was out of Holga film when this sweet, tiny man - saw me wandering around the flea market snapping pics. with my phone. When he inquired as to what I was doing, I told him, "I'm an artist. I take pictures of things that intrigue me. You should let me take your picture!" And without hesitating, he hurried into position behind an item he was selling.

It feels greedy (or something) to ask any one person to stay put for more than one picture. But I was bummed that I hadn't taken just one more of the tiny man, after inspecting the sole picture a little later on, only to discover that his eyes were closed - dangit. My 13 year old daughter however, loved this photo - saying it was probs her fave out of all my Instagram pics....woah. When I asked her why it was that she liked it so much - she said, "I dunno...I kinda like how he has his eyes shut.".........Huh. Go figure... 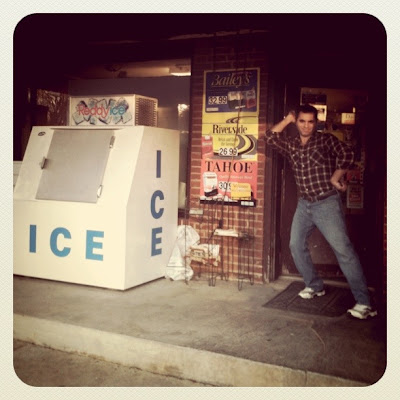 I'm tickled that so far, every person I've asked - has been willing to star in my pics....and with each subsequent "Yes", I find myself that much less nervous to ask. Which only goes to show, that it can be okay to talk to strangers...sometimes.
Posted by Big Ugly at 2:32 PM