Put THAT in Your Pipe and Smoke It

I just don't get it...like seriously. What's the big freakin' deal with this picture? 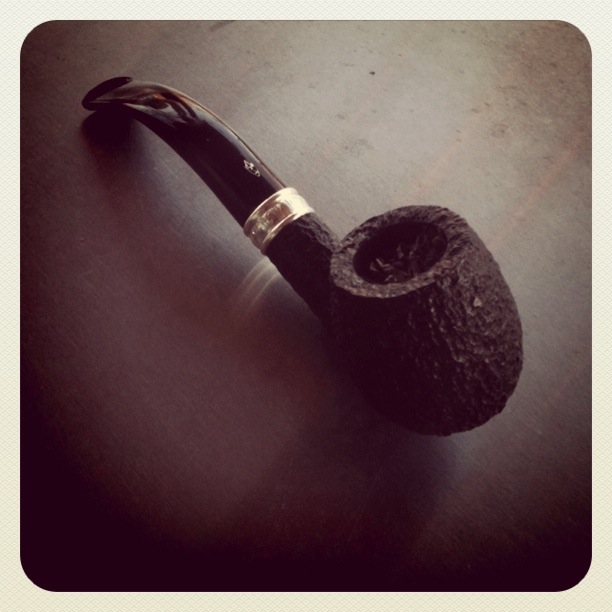 My 7 (that's right...SEVEN!) followers on Instagram - are kids (three of my own offspring, as well as a few of their friends) all between the ages of 11 and 14. Now I realize that admitting this, could easily be interpreted as the equivalent of stating, "I'm a loser!" But the good news for me is - I've been comfortable in my "loser" skin, for years...

Dorky or not - I actually happen to like the tweeny, tiny, insular Instagram community that my 7 followers and I have established over the last coupla months. And you know what else? I've learned an awful lot from those gifted young photographers, and their pics. - which oftentimes blow my fool mind.

What I wanna know though is - why this silly pipe pic. (that I almost didn't even post at all) was such a resounding hit with the kids. Matter of fact, I was about to delete the stupid thing altogether - when I was notified by Instagram that two of my followers had "liked" it. Huh. After which, more of 'em jumped on the bandwagon, one of which was my middle daughter - who is painfully stingy with her "likes". I was sitting there staring at my phone thinking, "Wait...what?! Tha hell is so great about this pic.?"

Right when I'd convinced myself that the little twerps were messin' with me - one of 'em commented, "That's soooooooo cool!!!!!!!!!!!!!!" Was he kidding me? I've posted way cooler pictures than this before...haven't I?

As I puzzled over the hoopla, I thought, "Maybe pipes are so rarely seen anymore, that alone is what made the snap cool to the kids." And then something occurred to me. The whole reason I'd taken the picture in the first place, was because my 26 year old friend showed up to my house with the derned thing dangling from his mouth. I myself had been so in awe of such an oddity - that after ridiculing the poor guy for smoking a pipe, I stole a few pics. while he was inside grabbin' a beer.

Suddenly it started to make sense...
Posted by Big Ugly at 8:49 PM