Something New and Different 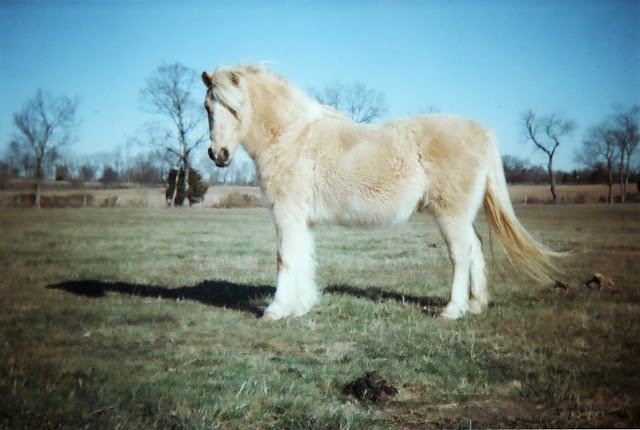 One of the only similarities between my self-portraits and all of the other types of pictures that I've recently started taking - is the necessity (compulsion?) to sometimes trespass on private property, in order to photograph a particular subject...as was the case with this pony picture.

This was from my second ever roll of Holga pics., and it was the very first photo out of both rolls of film - that I didn't want to throw in the trash (I actually did dispose of the entire first roll, after I was so disgusted with how poorly I'd done - a knee-jerk reaction that I kinda regret now). Thing was, even though I was ok with the composition and the content of this photo, I wasn't 100% stoked about the 4x6 format...I had erroneously assumed that simply by virtue of being a Holga - my 135 would somehow magically produce lovely square pics. that were crisp in the center, blurrier towards outside edge, and dark in the corners (like the ones I'd seen on the internet) while loaded up with 35mm film...I know, I know...I'm a complete idgit... 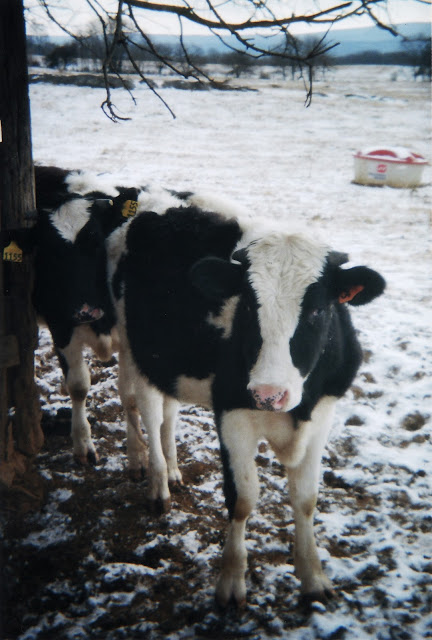 I thumbed through the Holga manual looking for guidance, and after I finally got it aaaaall figured out - I saw to it that a shiny, new, black Holga 120 was en route, along with a cache of 120 film. I was as atwitter as a child on Christmas Eve, each of the umpteen times that I went to my post box every day - checking to see if my package had been delivered.

While I anxiously awaited the arrival of my belated Christmas gift to myself - I kept from being driven to distraction - by getting all bundled up, taking a stroll to a farm up the road from my house, and burning through another roll of 35mm film - over the course of my jaunt there and back.

Again, I wasn't particularly blown away by the photos I got from shooting with 35mm film...I thought the cow pic. was cute and all, but there was nothing about it that screamed, "HOLGA!" to me. The "Sleepy Hollow" effect begot from shooting into the sun - made the picture below slightly more interesting, but still far from meeting my expectations. 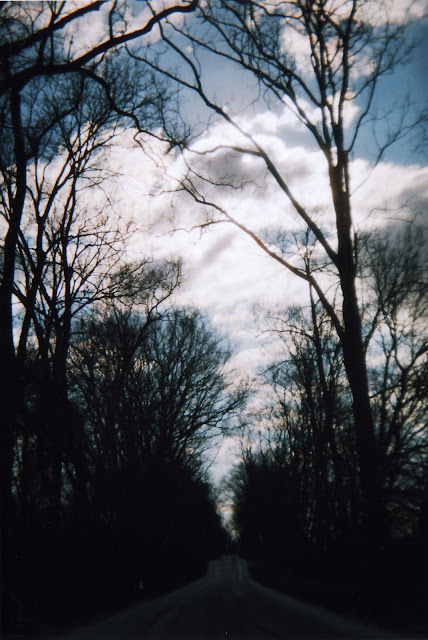 What I found conspicuously missing that day - was the adrenaline rush that is (usually) a guaranteed byproduct of trespassing. Most times when I poach on someone else's land, it is with the intention of photographing myself naked...or partially so. But because they have no timer, snapping self-portraits with my new film cameras was not an option. The tradeoff though, was that I didn't freeze my ass off, since my clothes stayed on - and - it was slowly starting to dawn on me, that by taking my own face and body out of the equation - I was no longer restricted to being my only muse...the world suddenly seemed much bigger to me...
Posted by Big Ugly at 8:40 PM