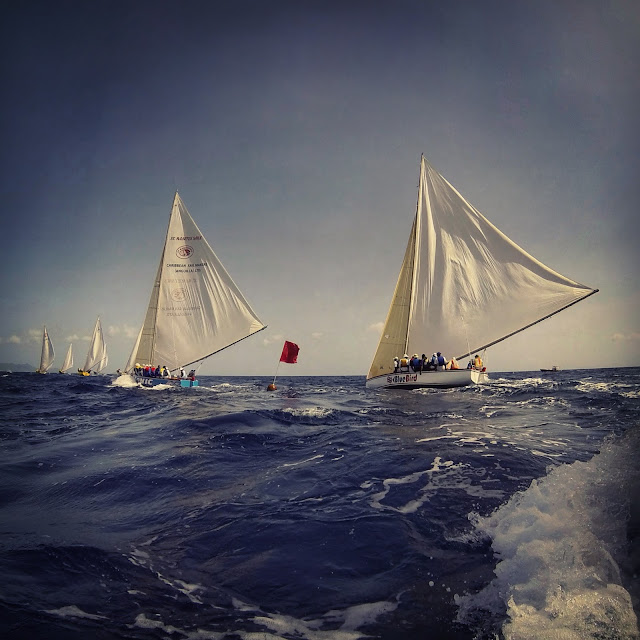 (Snapped on 6/15/15, where The Atlantic Ocean meets The Caribbean Sea, just off of Anguilla, BWI - using a Go-Pro and Instagram filters)

Sonic and Blue Bird going around the first stick in The Queen's Birthday Race, a week and a half ago. Satellite came from way behind soon after this point, to take and hold second place for most of the second half of the race…that is, until we made a bad tack which caused us to drop back so much that we ended up finishing sixth.

I have to say though, the boat sailed great, there was far less noise than usual among the crew, and Captain Carlo steered the boat better than I've ever seen him do before - so all in all, I was happy with how things went in this race!