The Land of the Lost 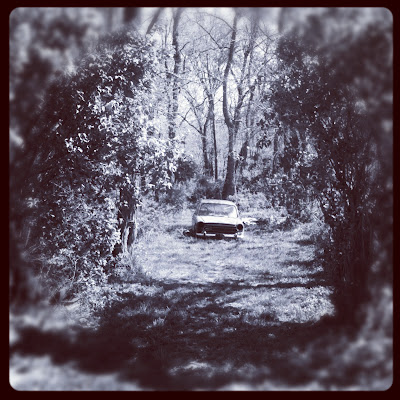 I chanced upon this hidden, backyard wonderland - while I was exploring the neighboring property. 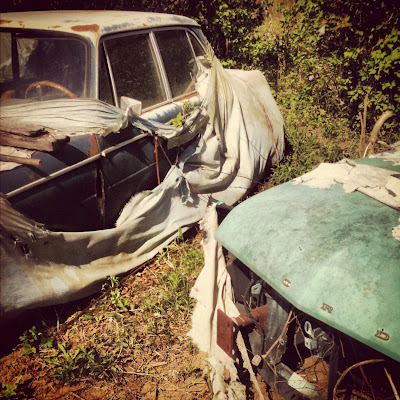 I had just spent the last two hours taking pictures of the homestead next door, after which the caretaker offered to walk with me through the woods at the edge of the property - so that we could search for an ancient cemetery that he told me he'd stumbled upon years before. 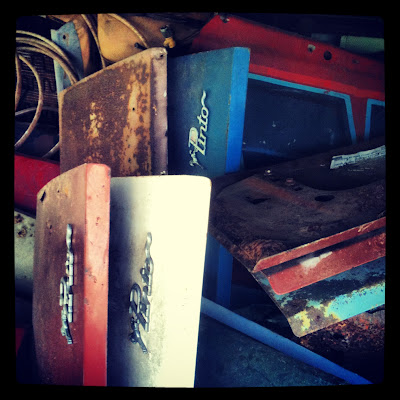 The burial ground was so overgrown, that it took us awhile before we were able to locate the scattered clusters of humble headstones...which were nothing more than crudely carved rocks jutting out of the ground, here and there. 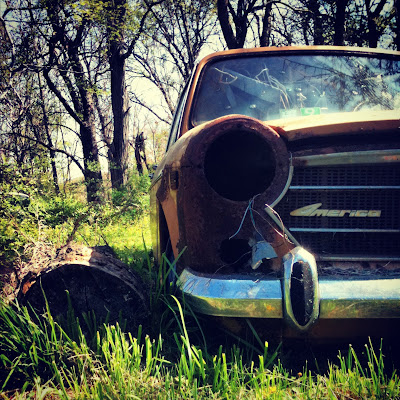 The man and I both walked stooped over in a hunch, as that was the only way to move through the intricate, tangled mess of mature vines - on our hunt for the well-concealed grave markers. 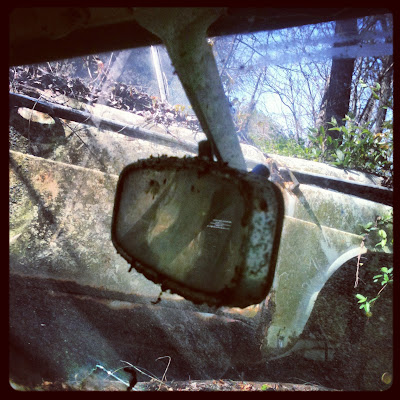 The deeper we went, the more impassible the terrain. We were just about to turn around and head back to the farm, when suddenly the geography changed ever so slightly. 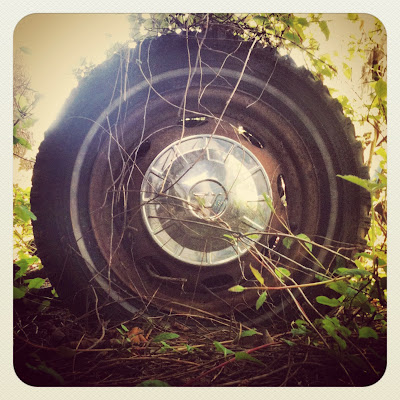 We were still in a woods, but this one wasn't nearly as unnavigable from years of neglect, like the other one had been. 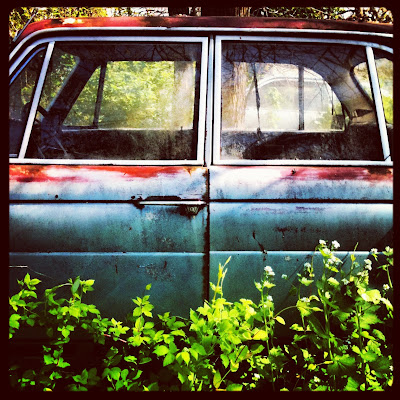 As I began to realize that I could finally stand completely upright... 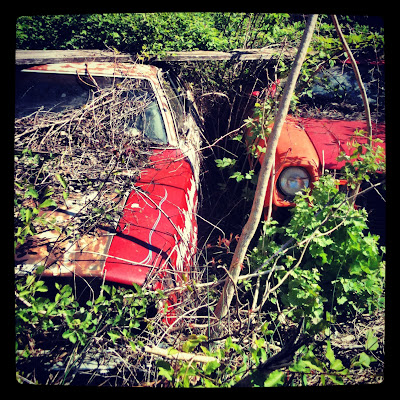 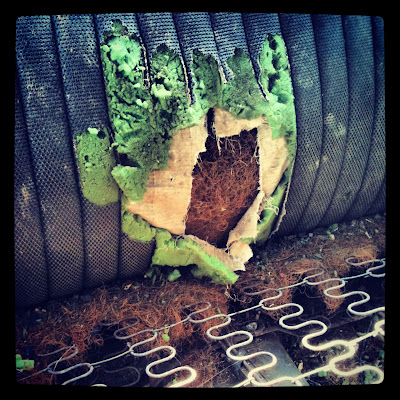 ...only to discover that I was standing at the foot of a different sort of graveyard... 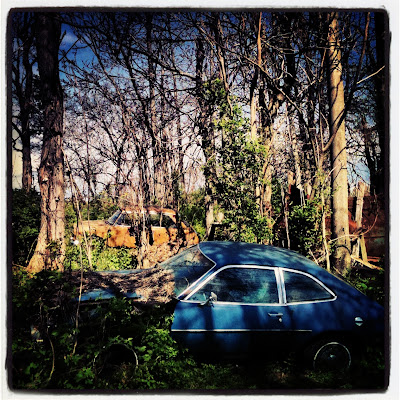 ...my FAVorite kind of graveyard, matter of fact! 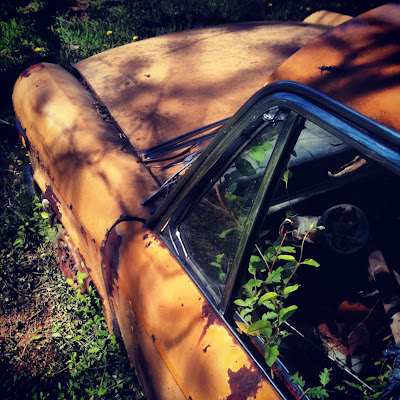 It was the final resting place of countless, old cars... 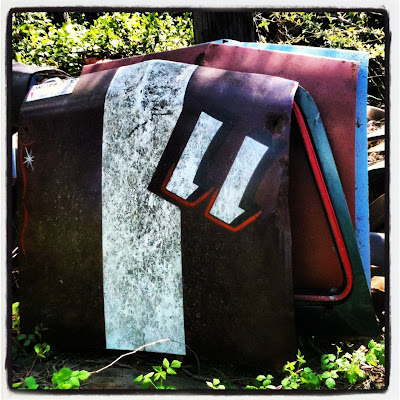 ...along with their respective, dismembered parts. 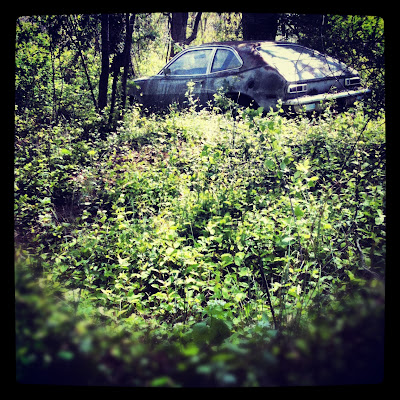 The large majority of those laid to rest there... 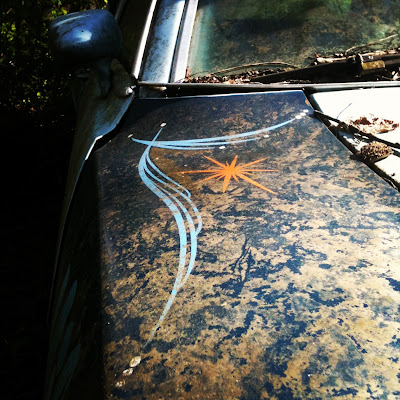 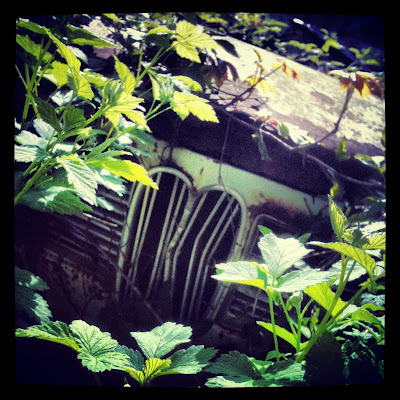 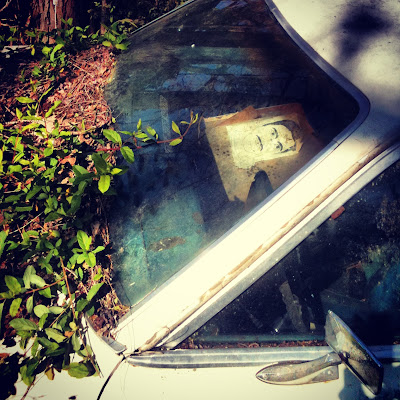 ...and other assorted clunkers, thrown in to round out the bunch. 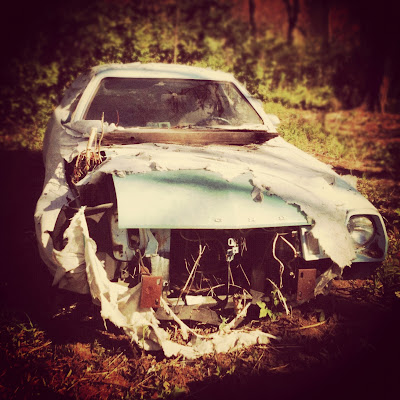 I was dying to get all the way in there to take some pictures, but the caretaker suggested that I ask the property owner for permission first, since it would be very likely that he'd see me snooping around his junkyard from his house which was very close by. 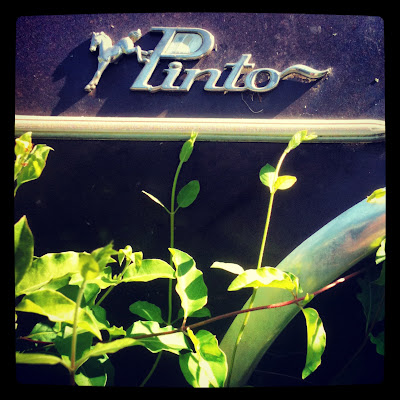 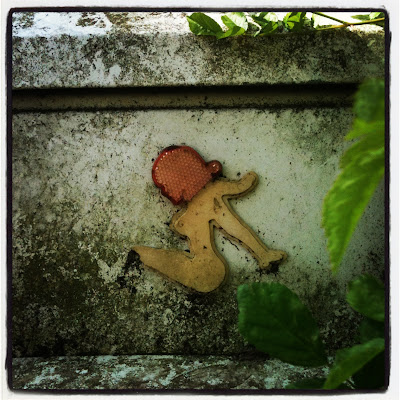 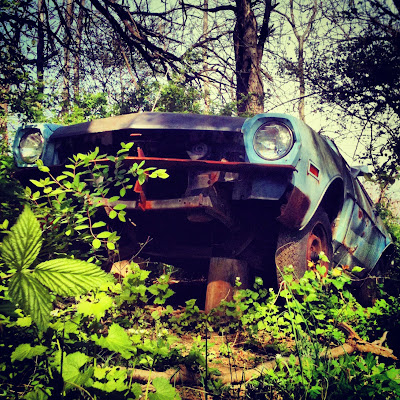 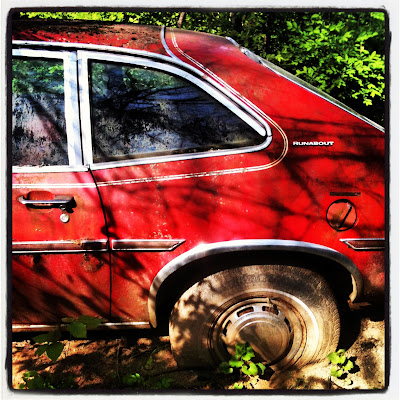 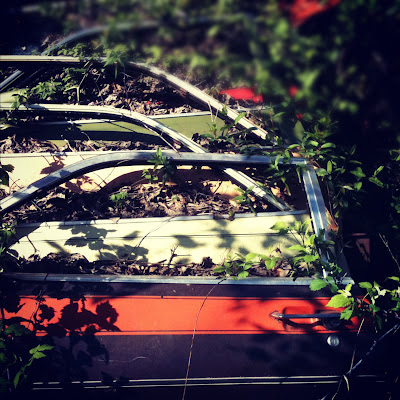 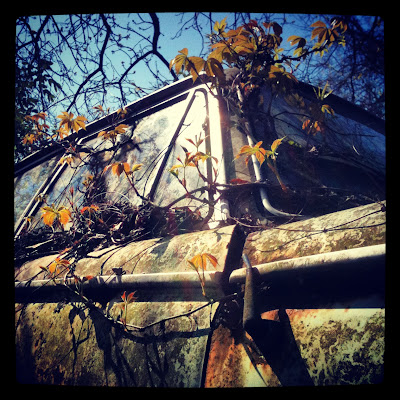 I returned exactly one week later, knocked on the homeowner's door, explained what it is that I do with my pics., gushed about my love of old cars, and how my family had a Pinto when I was young (true story!) and finally - I asked if he'd mind very much, if I wandered around indefinitely, takin' snaps with my phone.

As luck would have it, the guy was tres cool and said, "Yes, help yourself"...so I did.